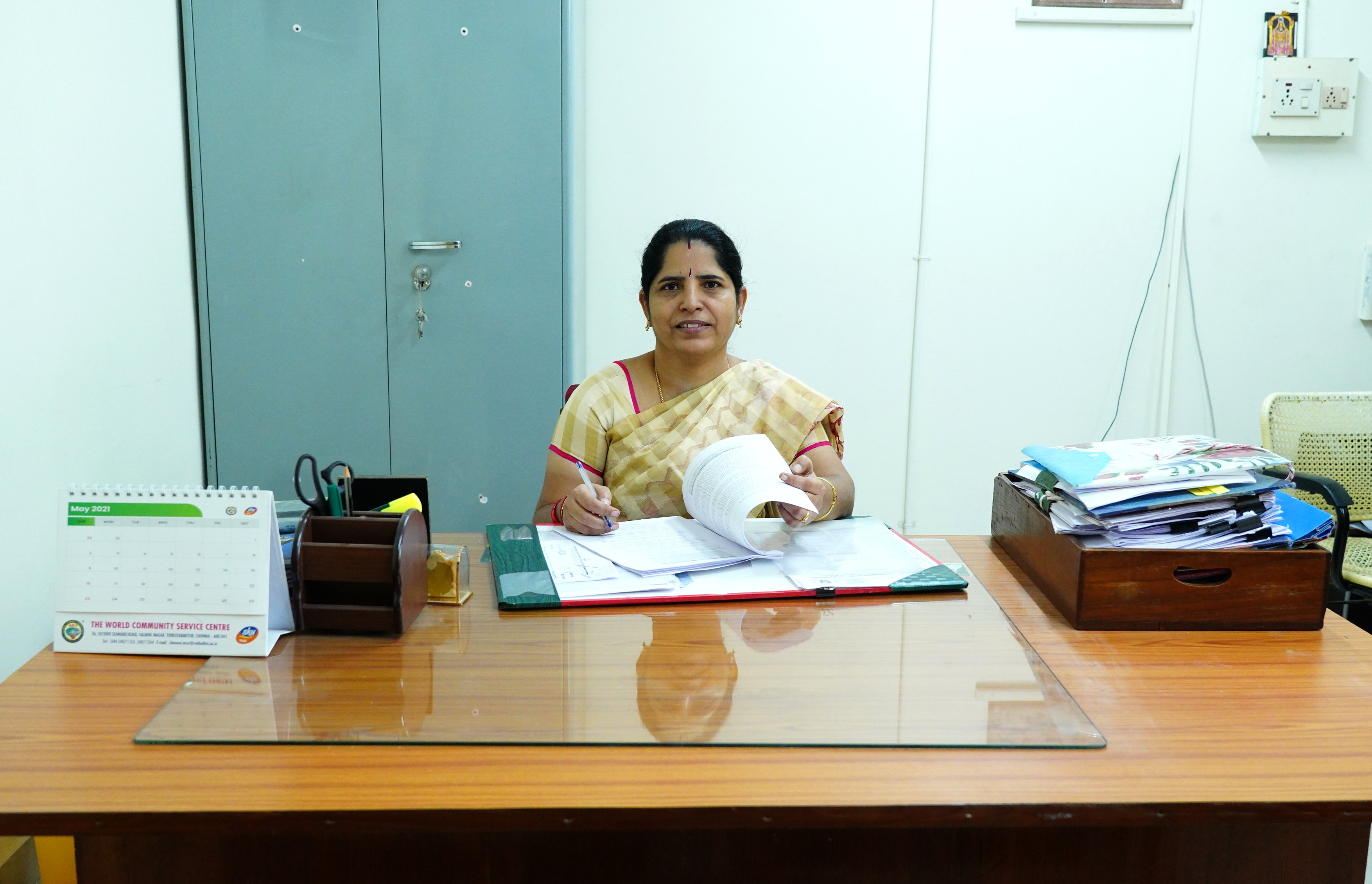 The Academic Section in the Registrar’s Office deals with all matters pertaining to Conceptual Framework of Curriculum, Boards of Studies, Interdisciplinary Board and Academic Council and hence maintains the Syllabi of all the courses offered in the Institution. Conduct of Fee Restructuring Committee meetings, preparation of Annual Reports, preparation of Applications and Prospectus for various courses offered in the Institution, updation of Handbook and Calendar, preparation of Degree Certificates for Convocation and issue of Duplicate Degree Certificates are some of the major tasks carried out in the Academic Section.


Dr.(Mrs.) R. Parimala has been serving as Assistant Registrar (Academic) in this institution from 03.10.2005 till date. She has served in various capacities as an Instructress, Project Associate, Guest / Temporary Lecturer and Assistant Professor from 1994 to 2005 in this Institution. She took charge as Assistant Registrar (Academic) on 3rd October 2005 at Avinashilingam Institute for Home Science and Higher Education for Women, Coimbatore.

She completed her M.Sc., M.Phil., and Ph.D. at Avinashilingam Institute for Home Science and Higher Education for Women, Coimbatore and B.Ed., and M.A., at Bharathiar University, Coimbatore. She passed the State Eligibility Test for Lectureship (SET – 2012) in October 2012. She has served as a Member of Boards of Studies and Question Paper Setter for various courses. She guided seven M.Sc., dissertations and two M.Phil., theses during her tenure as Assistant Professor.

She has participated and presented research papers at National and International Conferences, Seminars and Workshops; received National Kellogg’s Poster Award from Indian Dietetic Association on 5th December 2003 and won first prize for her paper presentation at the National Seminar conducted at St.Teresa’s College, Kerala (July 2004) and at the Research Fair at Avinashilingam Deemed University, Coimbatore in September 2004. She is the Life member in professional bodies such as Home Science Association of India, Indian Dietetic Association and Nutrition Society of India.